COVID-19 Update: All events are postponed until it is safe to gather again in our community.

Mount Tremper Arts and the Phoenicia Library invite listeners of all ages to an interactive musical performance by Ross Karre in an exploration of percussion sounds. After four years of sonic research with internationally acclaimed composer, Ashley Fure, Karre will share experiments in subsonic vibrations and kinetic sound sculptures within the opera, "The Force of Things." Audience members will engage in a hands-on discovery process with customized subwoofer speakers and everyday soundmakers. 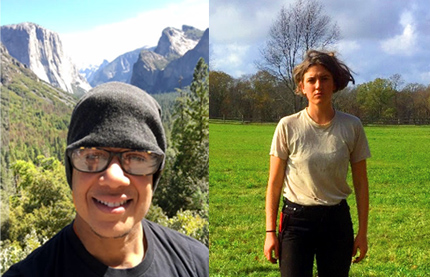 Marci Blackman is the author of two novels. Blackman’s first novel, Po Man’s Child, received the American Library Association’s Stonewall Award for Best Fiction and the Firecracker Alternative Book Award for Best New Fiction. Tradition, Blackman’s second novel was noted in Band of Thebes as one of the Best LGBT Books of 2013.

Marci Blackman will read from their third novel, Elephant—a modern day quest story about a family with a recovering alcoholic matriarch, her 22-year old transgender son, and teenaged daughter at the onset of mental illness. As the family attempts to define and map an existence free from the constraints of societal norms, Elephant considers whether self-actualization is truly possible for hyper-scrutinized, formerly enslaved black bodies. Read more about the author at marciblackman.com.

Tess Brown-Lavoie is a writer and farmer in Providence, Rhode Island. She runs Sidewalk Ends Farm with her sisters, and plays drums in the band Mother Tongue. Tess works on land access as the RI Field Agent at Land For Good, coordinates the Justice and Agriculture Working Group in Rhode Island, and serves as the Vice President of the National Young Farmers Coalition Board.

Brown-Lavoie's residency is in partnership with FENCE. 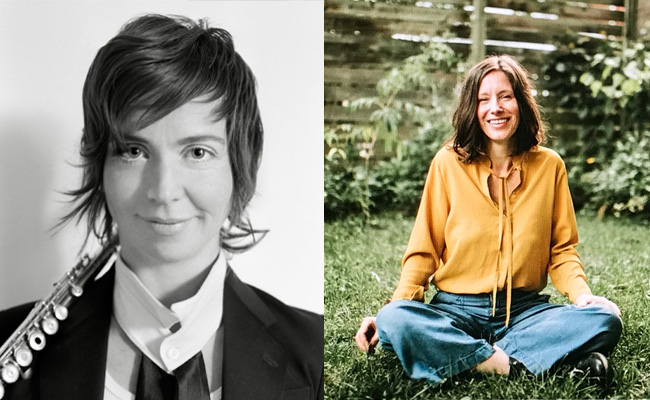 Mount Tremper Arts and the Phoenicia Library invite listeners of all ages to an interactive musical performance by flautist Claire Chase of works by Marcos Balter, Felipe Lara, and Pauline Oliveros, and a poetry reading by poet and author Catherine Wagner.

Claire Chase is a soloist, collaborative artist, curator and advocate for new and experimental music. Over the past decade she has given the world premieres of hundreds of new works for the flute in performances throughout the Americas, Europe and Asia, and she has championed new music throughout the world by building organizations, forming alliances, pioneering commissioning initiatives and supporting educational programs that reach new audiences. She was named a MacArthur Fellow in 2012, and in 2017 was awarded the Avery Fisher Prize. Claire is co-founder of International Contemporary Ensemble.

Catherine Wagner's fifth book of poems, Of Course, is forthcoming from Fence in 2020. Her previous collection, Nervous Device, appeared from City Lights in 2012. Her work has been anthologized in the Norton Anthology of Postmodern American Poetry, The Penguin Book of the Prose Poem, Best American Experimental Writing/BAX, Out of Everywhere: Linguistically Innovative Poetry by Women in North America and the UK, Gurlesque, Poets on Teaching, Best American Erotic Poems, and elsewhere. Recent poems appear in Poetry and Chicago Review. Cathy is professor of English at Miami University, Ohio, where she is president of the AAUP Advocacy Chapter for academic labor advocacy and co-coordinator of the Environmental Humanities Research Collaborative. 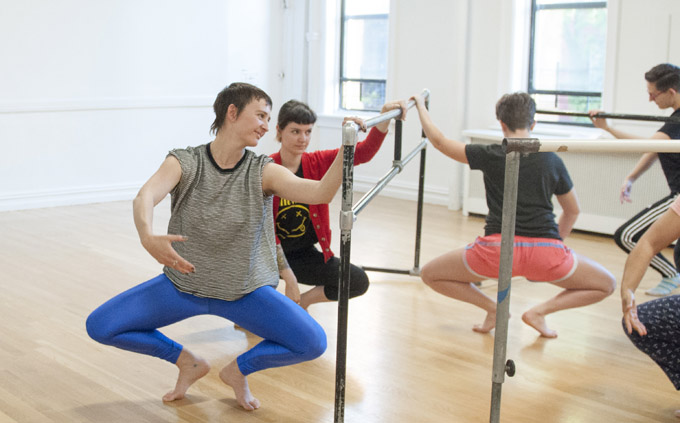 In partnership with the Hudson Valley LGBTQ Center, Ballez dancers are re-imagining what ballet can be, who it can be for, and how it can be done. Shifting away from technical precision, participants can explore genderqueer embodiment, seek out (and destroy) culturally constructed biases, and dance to the beats of queer icons.

It becomes clear to the people at a bar that the Puerto Rican woman buying them drinks all afternoon is Jesus and that every story they tell somehow contains another story and then another.... Can they take advantage of this opportunity to get personal with the Lord, or will they waste their time with God rationalizing and examining their own dissatisfaction?

Taylor’s ongoing Art as Experience project, "This is What Happened," a dream remix, was recently collected and mixed as an audio event at the New York Public Library with stories collected from library patrons. Its previous iteration was at Mount Tremper Arts, with collaborating participants from in and around Woodstock, NY.

In the fall of 2016, M.F., Eddie, Fanny, Loretta and J.K. navigate politics and personhood through food. With knives, boards and ballast these womxn plot big moves, business ventures and relationships. Sustenance and satisfaction are questioned, love is always on the table.

Anna Young is an actor and cook from NYC. She is the creator and solo performer of 1942, a cooking show about MFK Fisher and the transformative power of food. You may have previously seen Anna performing at University Settlement, on Governors Island or at The Pearl in New Orleans.