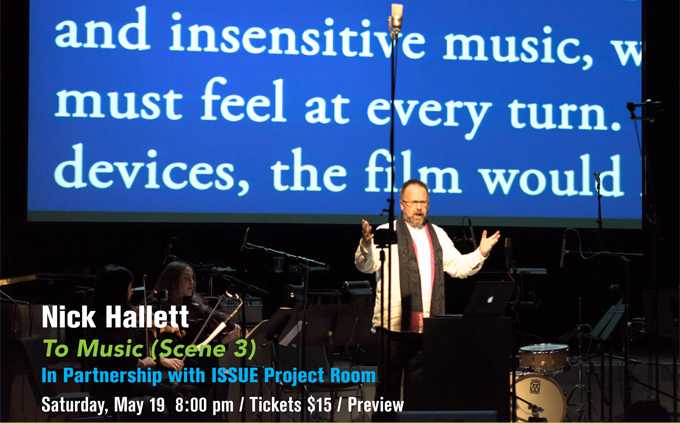 Where does music come from? This darkly comic opera, a collaboration between composer Nick Hallett and filmmaker Josh Thorson, looks at the nature of inspiration, originality, and illusion to attempt an answer to this question.

Nick Hallett is a Brooklyn-based composer, vocalist, and cultural producer working between the worlds of sound, art, and performance. He recently completed a trilogy of scores for the Bill T. Jones/Arnie Zane Company, and received a 2017 Bessie Award.

A workshop of To Music was co-produced by Experiments in Opera and Gut City.