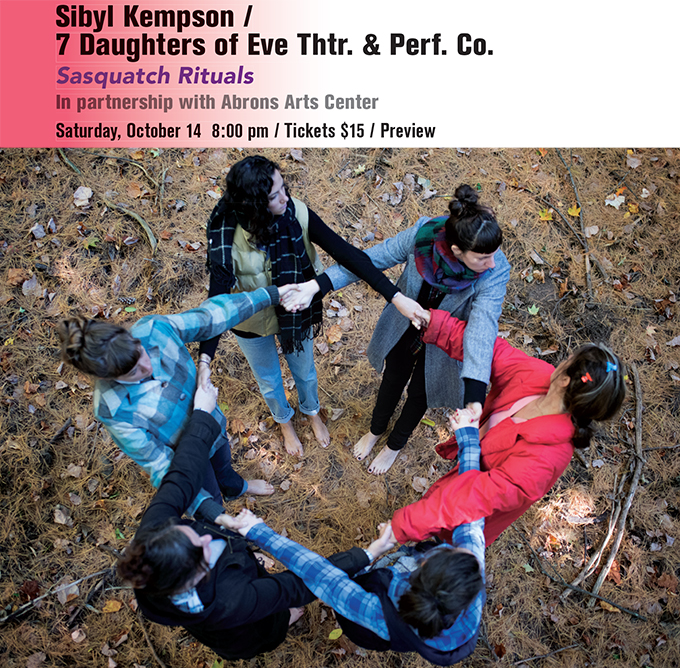 Written and directed by Sibyl Kempson, Sasquatch Rituals is the shamanic companion piece to The Securely Conferred, Vouchsafed Keepsakes of Maery S., her experimental play a retelling of the life of Mary Shelley smashed up with the grammar of a Bigfoot sighting report. Performed by six women with choreography by Linda Mancini and songs composed by Julie LaMendola, Sasquatch Rituals enacts anecdotal evidence of our relationship to nature, science, and technology while mapping the unknown within our selves, our consciousness, and our collective mythological memory.

Sibyl Kempson’s plays have been presented in the United States, Germany, and Norway. Other works include Let Us Now Praise Susan Sontag (2015) and 12 Shouts to the Ten Forgotten Heavens (ongoing) at the Whitney Museum of American Art. She is a 2014 United States Artists Rockefeller Fellow, a 2010 MacDowell Colony Fellow, and a 2013-14 McKnight National Resident and Commissionee. Kempson founded 7 Daughters of Eve Thtr. & Perf. Co. in 2015.