Saturday, December 10  7:00 pm / FREE
In partnership with The Collapsable Hole 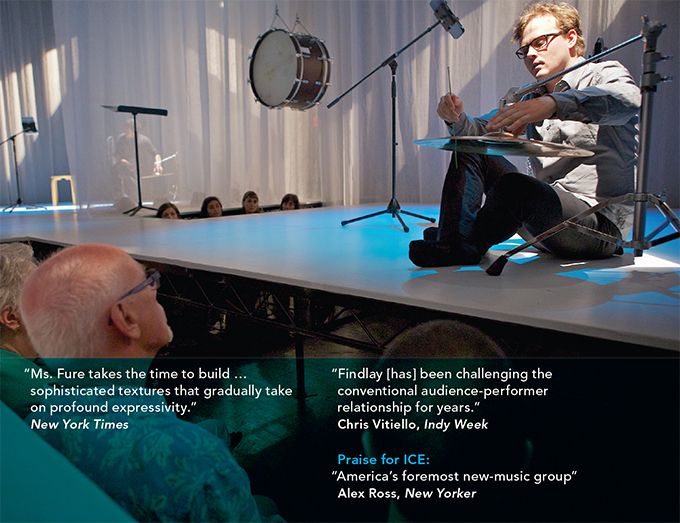 Ashley Fure is an American composer of acoustic and electroacoustic concert music as well as intermedia installation art. Her work explores the kinetic source of sound, bringing focus to the muscular act of music making and the chaotic behaviors of raw acoustic matter. Fure has earned several awards, including a 2016 Grants to Artists award from the Foundation for Contemporary Arts (FCA).

With 35 leading instrumentalists performing in forces ranging from solos to large ensembles, the acclaimed International Contemporary Ensemble (ICE) is dedicated to reshaping the way music is created and experienced. ICE was most recently named Musical America Worldwide's Ensemble of the Year in 2013.