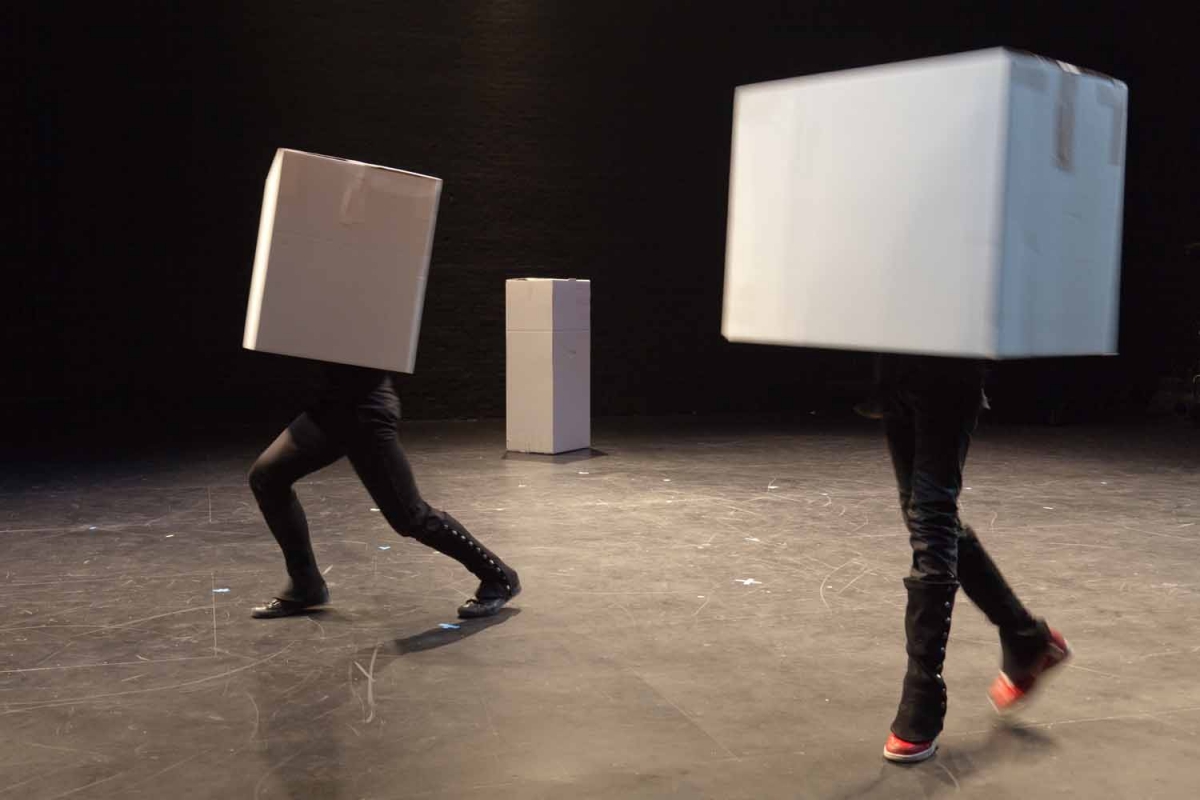 Ryan Kelly and Brennan Gerard of Moving Theater create a trio that focuses on the male body as a site of militarization and other kinds of discipline. A surreptitiously recorded audio score notating the choreography for artist Tino Sehgal's The Kiss (2002) accompanies the movements of three cardboard boxes. Incorporating dance, performance art, and video, Gerard and Kelly depart from this pointed critique of Sehgal’s original mandate that only heterosexual couples be allowed to perform his “kiss” to explore choreography as a resistance to the regimented demands of masculinity.  With performances by Ben Asriel and Jose Tena. www.movingtheater.org 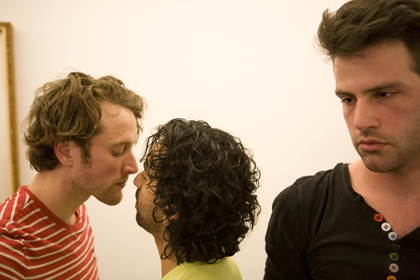