In partnership with Abrons Arts Center 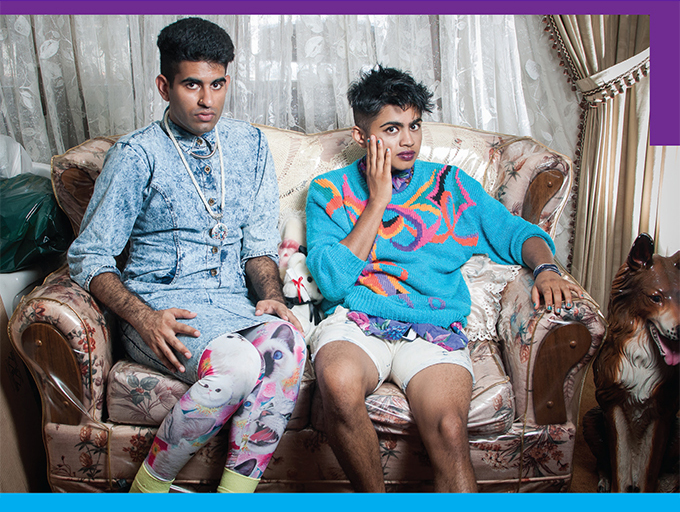 Join the artists before the show to share conversation and a delicious meal inspired by the MTA garden.

Expect poetry, comedy, fashion, storytelling, and a purposefully chaotic mixture of all of the above as DarkMatter debuts new and remade works developed at Mount Tremper Arts. In #ItGetsBitter, Alok Vaid-Menon and Janani Balasubramanian share stories of navigating the world as trans South Asians, delivering stinging critiques of the personal and political while also imagining new ways of being and resisting together.

DarkMatter is the trans South Asian performance art duo Alok Vaid-Menon and Janani Balasubramanian. Based in New York City, DarkMatter regularly performs to sold-out houses and was recently part of The Public Theater’s Under the Radar Festival, Lincoln Center’s La Casita Festival, and the Queer International Arts Festival. Known for their quirky aesthetic and political panache, DarkMatter has been invited to perform on stages across the world.