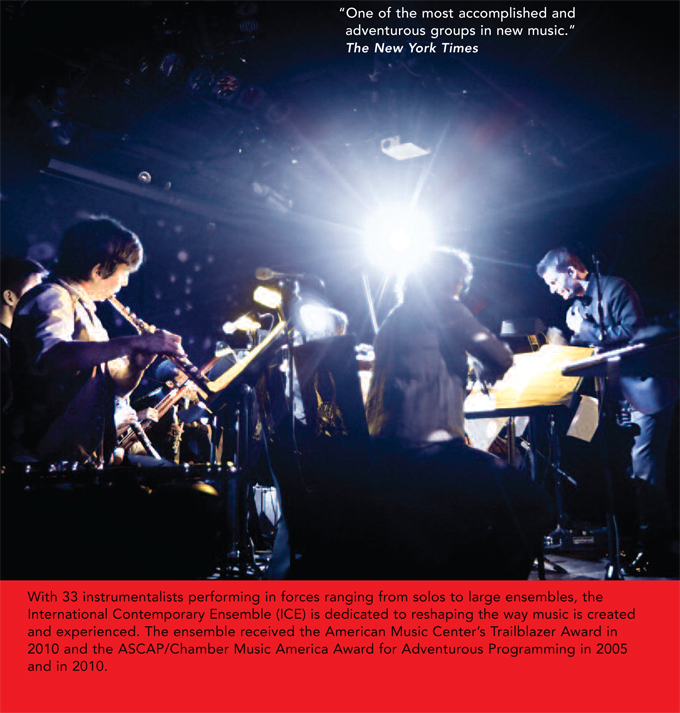 With 33 instrumentalists performing in forces ranging from solos to large ensembles, the International Contemporary Ensemble (ICE) is dedicated to reshaping the way music is created and experienced. The ensemble received the American Music Center’s Trailblazer Award in 2010 and the ASCAP/Chamber Music America Award for Adventurous Programming in 2005 and in 2010.