IRUKA is a man’s journey between two opposite poles, such as ying and yang, or plus and minus. As the man travels back and forth between those poles, his schizophrenic state and distorted sense of time are spellbindingly revealed. Translated as “Are you here?” the title IRUKA questions the presence of the man onstage. July 13, 1987 is an experiment in “violence” for two men: Two performers carry out violent actions as their task.

Kota Yamazaki draws on his background in butoh to create constantly fluid and visually striking original works for Kota Yamazaki/Fluid hug-hug and other national and international companies. In 2007, Yamazaki received a Bessie Award with Germaine Acogny for the choreography of FAGAALA performed by Senegal-based dance company, Jant-bi. 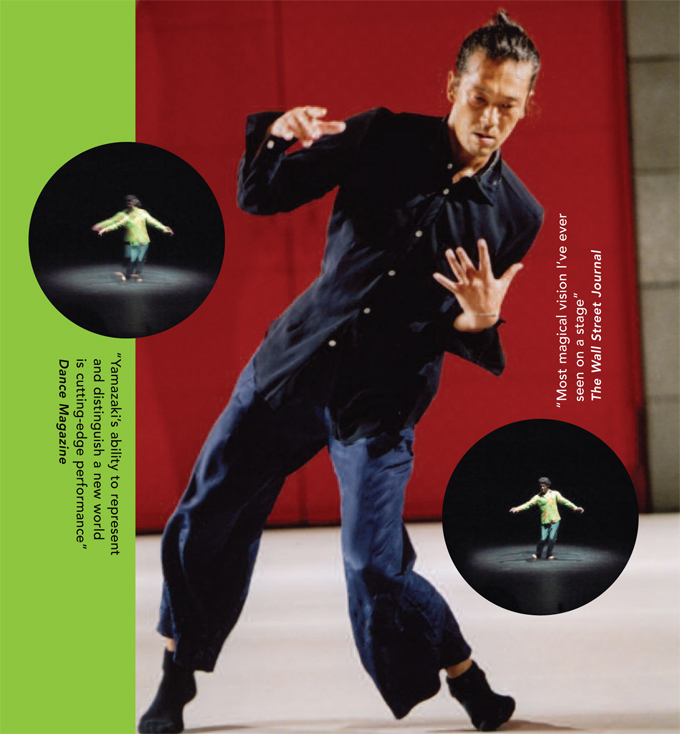 More information on Kota Yamazaki can be found on his website at: kotayamazaki.com