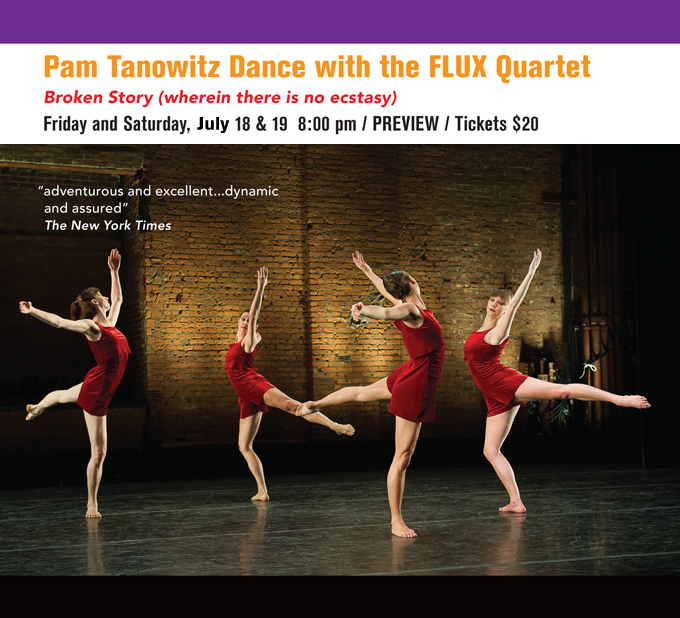 Driven by a distinct vision for reimagining classical ballet vocabulary in an ultra-post-modern framework, Pam Tanowitz’s Broken Story (wherein there is no ecstasy) elegantly layers full-bodied dancing with a clear visual design. With live music accompaniment by the FLUX Quartet, dancers Maggie Cloud, Dylan Crossman, and Melissa Toogood perform excerpts from this experimental homage to classic forms along with The Spectators, Heaven On One’s Head, and other selections from PTD’s repertory.

Described by The New Yorker as a “clear-sighted post modernist,” Pam Tanowitz has been making dances since 1992. Awards include a 2009 Bessie Award and a 2011 Guggenheim Fellowship. She has been presented at The Kitchen, Dance Theater Workshop, Danspace Project, The Joyce Theater, and more. The FLUX Quartet, "who has brought a new renaissance to string quartet music" (The Village Voice), has been at the forefront of the new music world since its founding in the late 90s.

Broken Story (wherein there is no ecstasy) is commissioned by Works & Process at the Guggenheim Museum and will premiere there in February 2015.