Will Rawls with The Plumes 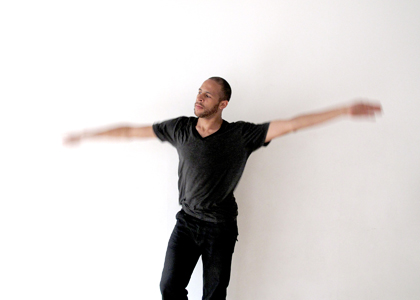 How does a unique and temporary culture appear, evolve, unfold, and expire onstage? In his first evening-length solo, Will Rawls explores the idiosyncratic origins of movement, sound and language to see how these expressions formulate larger patterns of perception, meaning and storytelling. He is joined by musical guests The Plumes (Mallory Glaser and Chris Kuklis). The World Premiere of Census puts physical languages in dialogue, creating new forms of folkloric expression based on nature, identity, playfulness, and misinterpretation. Named as one of the best dancers of 2008 by The New York Times, Will Rawls choreographs from the confluence of letter, body, and culture. “Tall, long-limbed Rawls gives this kind of fluent-bodied, get-down dancing a dynamic richness and sensuous elegance that just about stops my heart.” Deborah Jowitt, The Village Voice  New York Times Featured Listing for this event

The Plumes, the Brooklyn-based duo of Chris Kuklis and Mallory Glaser, play completely improvised experimental songs, using electronics, electrons, voice, guitar, odds, ends, feelings, memories, Casio keyboards, pieces of wood, metal, & anything else that happens to be in the immediate area.  Nothing is repeated from show to show, & each performance is totally new; songs are created, exist, and dissipate before your ears. Find Chris Kuklis on Myspace and Mallory Glaser on Myspace or www.inonewind.com